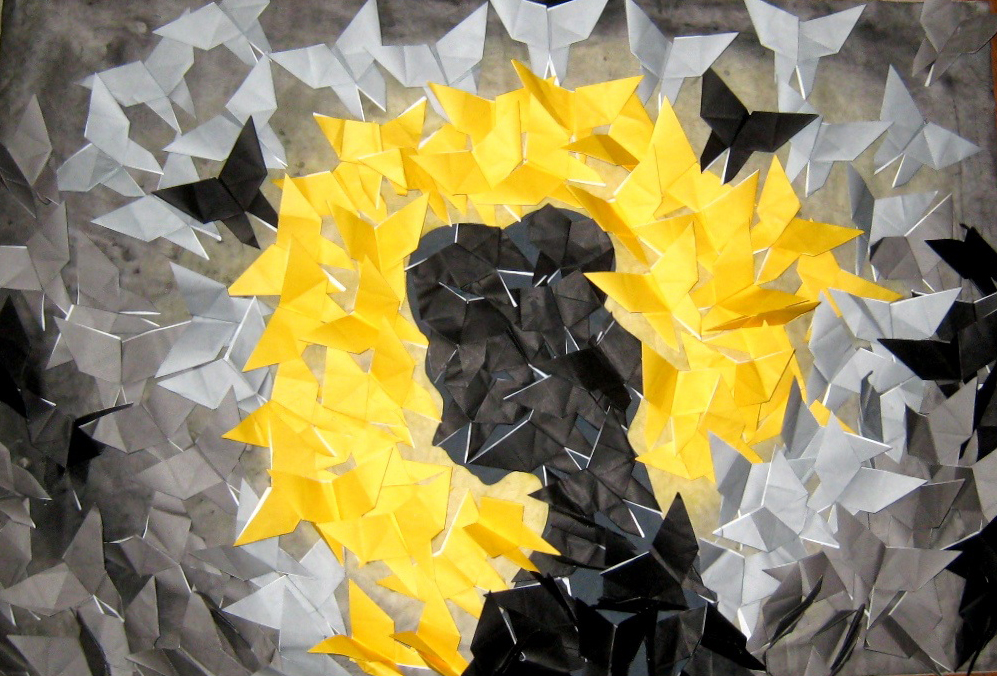 Teaching Artist Lilli Lanier demonstrates how to fold an origami butterfly. Rooftop’s 6th grade students collaborated to make hundreds of yellow, gray, and black origami butterflies that were used to create a silhouette portrait of Puccini’s Madama Butterfly.  6th graders learned about the characters of the opera — Cio-Cio-San, Pinkerton, Sharpless, Goro, Suzuki and Trouble — in advance of their invitation to attend the final dress rehearsal of San Francisco Opera’s 2010 production of the operatic classic.

Students learned about the Japanese art of Origami (from ori meaning “folding”, and kami meaning “paper”).

Origami is the traditional Japanese folk art of paper folding, which started in the 17th century AD and was popularized in the mid-1900s. It has since then evolved into a modern art form. .

View all posts by artsed4all